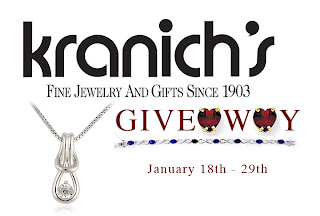 If not shown appreciation, it gets to you. Kareem Abdul-Jabbar Thank you to all my followers and fans your support!

Sponsored by Kranich's, and hosted by S.O.S. Mom, Real Momma and The Bunny's Reviews, one lucky person will win his or her own choice of one (1) piece of jewelry from a selection of dazzling and gorgeous earrings, bracelets, rings, necklaces and watches! Prize is valued at up to $150. All choices can be viewed via the following link here.

Kranich's Jewelers was established in York, Pennsylvania, in 1903. The company was originally called Kranich Brothers Jewelers. The Kranich Brothers had stores in York, Lancaster and Altoona, Pennsylvania as well as one in Worcester, Mass. The Altoona store opened in 1923. Charles and Mildred Kranich operated and expand the Altoona operation. In 1962, Charles and Mildred were joined in business by their son, Michael. In 1976 the Kranich's opened a store in Downtown State College, the home of Penn State University. Charles and Mildred Kranich died in 1978 and Michael took over the family business. Michael Kranich, now retired, was succeeded by his sons in the 1990’s. In 1996 Kranich's opened a second State College location at the Nittany Mall. In 2000 Kranich’s opened a location in the Johnstown Galleria. In 2008 Kranich’s dramatically expanded their Logan Valley Mall location and Corporate offices. In 2012 Kranich’s opened a huge new store on North Atherton Street in State College.

The Kranich family believes it is very important to contribute to the communities they serve. Consequently, they are involved in many civic and charitable activities. In 2003, Kranich's celebrated their 100th year. In recent years, Kranich’s has been inducted into the Blair County Business hall of fame and has been named one of Central Pennsylvania’s leading businesses by Pennsylvania Business Central Magazine.

This giveaway event will be running until January 29th inclusively and is open to US residents only. To gain entries to win, simply fill out the form below. Good luck!

Special thank you to co-hosts: Mamacita La Cuponera, Sanity Is For Those Without Children, Simply Sherryl, Kelly's Thoughts On Things and Stay A Stay At Home Mom. 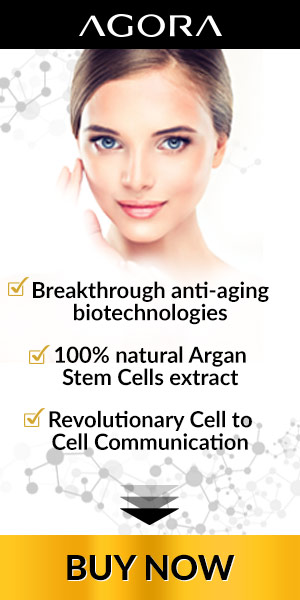